We say, how he could he do that to himself?

What he did was set himself on fire. Politely in a dumpster, soaked in gasoline, he ignited himself and burned to death, like the Buddhist monk in the famous photograph, demonstrating not against a war but against life itself, though life must finally in some way have been a war to him, and if so one that he had clearly lost, and in losing refused to go quietly or let us have the peace of not knowing that as friends we had at some time and in some way failed him.

And we tell ourselves and each other that it wasn’t us reproached and he was one you couldn’t reach, and we blame the parents, because you can always blame the parents. And much of what we say is true, but hollow nonetheless because words in this case don't matter much: the problem is essentially physical and consists of the unwelcome presence in our midst of the charred and twisted remains of our old and dear friend.

Some people would say I drink too much. I drink alone, cheap fruit flavored liquor in big bottles like the 40s we used to drink by the river back home. I drink with people: vodka and lime, beer, whisky. I don’t really like it, but heroin has left a hole. I drink in and out of hangovers and blackouts, I wake up with women I don't know if I slept with and women who don't know if they slept with me. I drink in bars and in restaurants and in parks and at home. Tokyo is a great city for drunks because there are more bars than you could ever go to, so if you embarrass yourself in one you never have to go back.

Tokyo is beautiful, though not in the sense that Paris is beautiful, in Paris terms it is ugly, an unzoned tangle of concrete buildings cheaply tiled and wedged together with little spaces between them that only the stray cats can squeeze through, narrow streets, little strips of sky overhead crossed with electric wires, everything plastered with advertising, bright colors and neon signs blinking, music from every shop and touts shouting themselves hoarse.

There are always hundreds of people in sight, often thousands, and the scale sometimes disassociates you, and you feel yourself carried along in the murmurations of the crowd in the way tides used to tug at you when you were a small boy, swimming at the beach in Ireland with your mother looking on, and you let the current carry you, down escalators and through color coded subway lines and circling round stations like crowded tidal pools, sometimes for hours, and you are happy to be relieved for a time from the burden of will.

You figure out how to order in restaurants and you eat until you no longer look like a skeleton or a vampire or a ghost though you still at times feel like one.


When I tell the story about what happened to Alex in Ohio, I mean for it to be a funny story. Instead people usually think it’s sad, and that I am a little cruel, or at least callous.

They always say: that poor guy, which means I must be telling it wrong.

How we looked at the time: short hair, perhaps bleached to look like a beastie boy. Kangols or ball caps, a few piercings, just starting to accumulate tattoos. We wore preppy brands, Polo or Nautica or Tommy Hilfiger two sizes too big. We smoked cigarettes and argued about them—fuck your camels. We still drank soda instead of coffee, we knew how to buy and sell drugs better than how to talk to girls. Our cheeks ran hollow and we had dark circles under our eyes we hid with big sunglasses.

There were four of us on the trip, me and James, who were always together then, and James's friends Alex and Trevor, who were both a few years older than us. It was Trevor's car and he did all the driving. Alex is too fucked up at all times to operate an automobile and James and I are too young. Trevor has a tape of hardcore techno he plays constantly; it's about two hundred beats a minute with an obscenity layered on each beat like:

michael tells robby how it is

Robby was feeling guilty over the killing, so Michael told him how it was:

He said, in not so many words, that given infinite universes, the world is always ending—everything that can go wrong is going wrong, somewhere.

In the skies a star is at all times dying, its agonies measured in numbers you can say but not think. Somewhere in our world, night is always falling and the sun is always rising on dead people who were alive the last time it saw them, in which case it can say goodbye; but there are others who disappear—with or without traces, but their bodies gone—and they the sun never sees again.

The house was set back off the main road, down a winding gravel track. The forest overgrown so you couldn’t see the house from the road.

The car was there, a bright yellow four wheel drive, and they got out of their own car without talking and moved to the house with their guns in their hands, leather shoes scraping through the gravel, heads sweating under balaclavas. The screen door was open and they walked in. He was watching television and they shot him, twice each, silenced guns louder than Robby had expected, the dying man flopping like a fish.

And so blessed with the delusion that life might not be chaotic or incomprehensible or boring, but must rather be the result of a principle or rule, though the precise nature of this principle proves elusive, cohering as it does out of the ether with the angle or strength of the sun and/or certain words said at a certain time which emerge from mouths with a certain trajectory, and are like a puff of smoke transitory and only have the illusion of shape or border. We walk through a cemetery at night laughing and return hours later to search meticulously and apologetically for the cigarette butts we had tossed uncaring on the graves.

Eyewitnesses to armed robberies make men with guns taller and their voices deeper, so that appearance be congruent with fear inspired. This is also why grown people are surprised to find their fathers small or weak, and to realize that they have always been so.

When talking about heroin, about a particularly good shot, junkies, who are nothing if not generic, angle their glazed eyes and shrunken pupils diagonal towards heaven and in wistful voices, whining nasal smack voices, voices that are phlegmy because they smoke, say, I felt like Jesus. At the crooks of their arms are cut-rate stigmata, which are renewed with a devotion which might indeed be called religious, and they say I could walk on water, but by this they only mean they could drown uncaring, perhaps not even bothering to wave.

Most of us, realizing we have fallen, would like to believe that we were undone by something of particular beauty or evil--that our sickness or pleasure reflected some crucial truth or universal weakness, and that we are therefore martyrs or explorers or canaries in a coal mine, when what we are most like are jumpers trying doors, looking for an unlocked roof.

And so on the other side of the world, in glazed border towns near the meridian where the air is always heavy as blood, sad thin men shooting golden heroin between their brown toes smile as though they too were not doomed. They light Krong Thip cigarettes and put their flip-flops back on. They catch each other's stuttering eyes and say, maaaaan I feel like a Bodhisattva.

It was ten pm in Japan. I was in a small bar near my apartment, drinking with two Anglo-Indian guys from my building, English teachers at one of the larger chains. They were complaining about their working conditions and how their students always seemed disappointed to see them, and would ask if they were really English despite their thick London accents.

The bartender was squat and sharp headed, a muscular pyramid of a man unusually massive for the country, and I liked to imagine that perhaps he had been a sumo wrestler, though I never saw any evidence of this. He spoke almost no English, but seemed to like watching sports with us. I suspect he enjoyed company but not conversation because he would look irritable after a while when Japanese customers spoke to him.

First one of the teachers got a text from his girlfriend in Kuala Lumpur: she said there was something strange on the BBC about an accident in New York, an accident with a plane and a building. Then the rugby game we'd been watching on the bar's small television changed to a view of the New York skyline.

It’s my mother’s fault: she gave me crayons, praised my precocious scrawls, enrolled me in those extra classes and paid for me to cross the ocean. But could I blame her really, she who let me do what I loved and was good at? I drew nice things, children love my drawings, and it wasn’t my mother’s fault—it was the bear’s. But bears are beasts and so not morally culpable, a padre at a church once told me, mistaking me for one of his flock.

the problem(s) of late capitalism III

The thumbprints smeared across the glass face of the future,
make it hard to see.

Imagining all the children you can’t afford to keep in style,
or even send to die on Mars,
can be stressful.

The cost of swimming lessons,
makes it so hard to think,
or pick out furniture, or stay in one place.

At least you know there will be pictures (though not real pictures),
of pyramids supported by your hands,
and the time you pissed yourself, while drunk by a sun-drenched sea.

the problem(s) of late capitalism II

Sophia,
who I met in a basement club in Tokyo lit with green Christmas lights,


Vladimir, her manager,
allowed that times had been hard.

And many young people,
like him and Sophia,
had sought fortunes far from home --

But in the end things had worked out well enough, he said,
and stroked his coat.

the problem(s) of late capitalism I

Is that all language is advertising.

And so every time someone addresses you they are putting their hand in your pocket, taking your money and probably touching your genitals.

Like when I speak to you, or you speak to me--

Which is why I no longer take your calls, answer your texts, or read your any of your emails before I delete them.

plato was an asshole


A man zigzags back and forth on the subway platform, looking at the puddles at his feet, the drips from the ceiling. He is short and disheveled, white-haired, maybe forty-five or fifty, his voice piping like a boy's but worn at the edges.

Speaking intensely to no one in particular in the way of the marginal who are desperate for notice but also fearful of it. 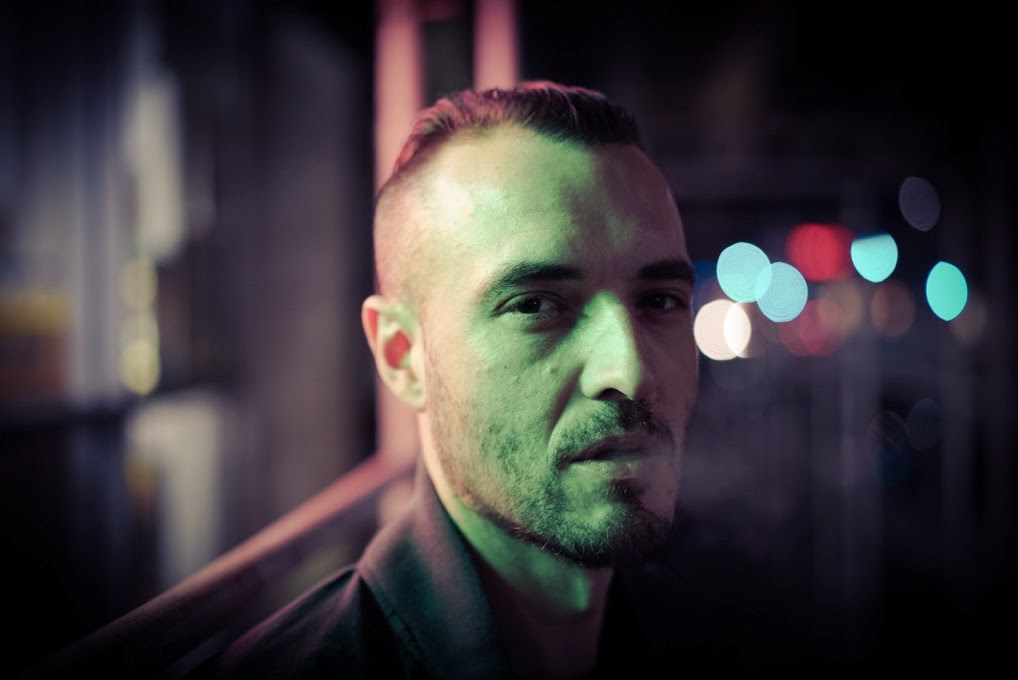